Greatest Threat To Free Speech Comes Not From Terrorism, But From Those Claiming To Fight It 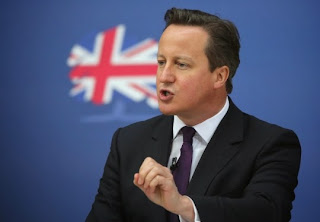 We learned recently from Paris that the Western world is deeply and passionately committed to free expression and ready to march and fight against attempts to suppress it. That’s a really good thing, since there are all sorts of severe suppression efforts underway in the West — perpetrated not by The Terrorists but by the Western politicians claiming to fight them.

One of the most alarming examples comes, not at all surprisingly, from the U.K. government, which is currently agitating for new counterterrorism powers, “including plans for extremism disruption orders designed to restrict those trying to radicalize young people.” Here are the powers which the British Freedom Fighters and Democracy Protectors are seeking:

They would include a ban on broadcasting and a requirement to submit to the police in advance any proposed publication on the web and social media or in print. The bill will also contain plans for banning orders for extremist organisations which seek to undermine democracy or use hate speech in public places, but it will fall short of banning on the grounds of provoking hatred.

'via Blog this'
Posted by Alternativenewstome1 at 6:46 AM