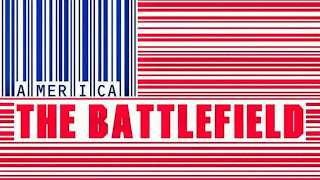 When I saw this author has covered every major issue near and dear to me… I had to post this article with all my links.

“We the people” need to circle the wagons against our own government’s war path!

I’d read it on an empty stomach if I were you!

“The only proper functions of a government are: the police, to protect you from criminals; the army, to protect you from foreign invaders . . . But a government that initiates the employment of force against men who had forced no one . . . Reverses its only moral purpose and switches from the role of protector to the role of man’s deadliest enemy, from the role of policeman to the role of a criminal vested with the right to the wielding of violence against the victims deprived of the right of self-defense.” ― Ayn Rand, atlas shrugged vol. I, (random house: New York, NY, 1957), chapter 7, “the exploiters and the exploited,” p.3

“Bloody battles, which might better be described as wholesale massacres, and the ruthlessly conducted “Reign of Terror” proved the theory that utter ruthlessness and organized terror, in which physical sufferings are combined with mental anguish, and moral degradation, have definite economic value.” ― Captain William Guy Carr, R.C.N., Pawns in the Game, (Federation of Christian Laymen: Willowdale, Ontario, 1954), Chapter 9, “Political Intrigue,” p. 106

'via Blog this'
Posted by Alternativenewstome1 at 3:37 AM