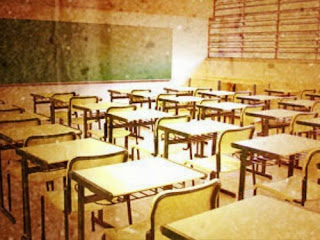 Screven County, Georgia – Mother and substitute teacher Julie Giles was arrested this week because her son had too many unexcused absences from public school.

Writing on her Facebook page before turning herself in, Giles said “If anyone feels the need to go public with this feel free to do so….

The facts are Sam originally had what they consider 12 unexcused absences, 6 are allowed per year, so he had 6 more than is acceptable, but the doctor reissued 3 excuses that Sam didn’t turn in, so basically I am being arrested for three days.”

She also noted that her child has all A’s and B’s in school.

'via Blog this'
Posted by Alternativenewstome1 at 7:57 AM