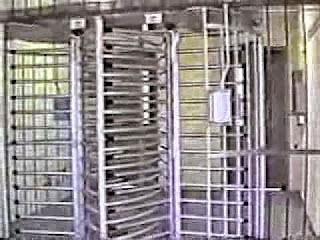 “We have plenty of food on the other side of these bars.

Colleague and friend, Paul Martin, contacted me yesterday and told me that Jade Helm is becoming operational 30 days earlier. This means that Jade Helm will “officially” begin on June 15 instead of July 15.

I reminded Paul that we have the pictures and the video of the Jade Helm extraction of political dissidents from March 27, 2015.

However, Paul’s point is not lost on me. Something of someone is forcing Jade Helm to “officially” spring into full operation much earlier than originally planned. An hour after Paul and I hung up the phone, I received a confirmation of what Paul had just told me.

By the way, if you work in the Walmart in Livingston, TX., you might want to get your resume in order. Your store will soon be taken over by the Army.

Although there are the undeniable signs that Jade Helm is about the Red List extractions of political dissidents, which will be followed up with martial law, there are many of us who have covered Jade Helm since the beginning, feel that there is much more to this than extractions and martial law.

These suspicions will be covered in the next part of this series. Suffice it to say for now, that the sheer enormity of the “drill” is so mammoth, that is almost defies description.

'via Blog this'
Posted by Alternativenewstome1 at 8:59 AM